Xignite Named on Forbes Fintech 50 Two Years in a Row

From the article by Janet Novack 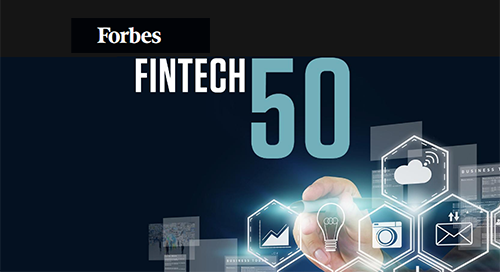 "The $1.7 trillion U.S. financial services industry is being fundamentally reordered as a tsunami of technology disrupts the way we save, invest, spend and borrow. Worldwide, $18.9 billion poured into fintech startups during the first nine months of 2016, up from $17.6 billion in the same period last year, according to Accenture. With so much action, it’s no surprise that 22 companies are new to our second annual Fintech 50 list, which was culled from an initial list of 300 startups. Candidates had to have operations, but not necessarily headquarters, in the U.S. Our list excludes publicly traded companies and their subsidiaries, as well as established financial players that are privately held."

Xignite is honoured to be on the Forbes Fintech 50 list second year in a row!

BONA FIDES: A thousand financial firms, including BlackRock, Charles Schwab, SoFi and Motif, are clients. Gets more than 250 billion hits on its data per month

For the complete Forbes Fintech 50 list view the full article on Forbes.com