Are Robo-Advisors Poised to Take Over?

It’s what some are starting to call “a digital wealth management revolution.”

Advances in digital technologies have made it possible for new financial tech companies to pop up in the wealth management space, challenging traditional advisory models.

One has to look no further than the amount of money being pumped into these startups to see this. 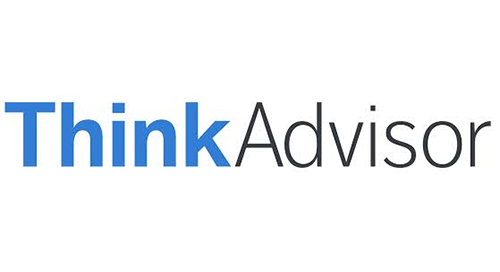 Investment in financial technology tripled between 2008 and 2013 from $928 million to $2.97 billion and is expected to double again to between $6 billion and $8 billion by 2018, according to a report by Accenture. The first quarter of 2014 was the most active on record, with $1.7 billion invested globally. Investment in financial technology in the United States alone could reach $4.7 billion annually by 2018, reports Accenture.

“The big story today is the rash of upstarts who are entering the retail financial services space who are using digital technology to create great customer experience at a lower cost than incumbents can,” said Bill Doyle, vice president and principal analyst at Forrester Research, during a new webinar, “Understanding The Digital Wealth Management Revolution” provided by Xignite, a cloud-based market data provider based in San Mateo, California.

“In a wealth management industry that’s measured in trillions of dollars, these digital investment managers are still tiny, but they’re establishing a foothold in a managed accounts market that has been dominated by advisor-based firms like Ameriprise and Raymond James,” Doyle said during his webinar presentation.

This is driven in part by consumers becoming increasingly digitally savvy, creating what Doyle is calling “a mobile mind shift.”

More than a quarter of U.S. adults have made the mobile mind shift, and Doyle said this will continue to rise as more older adults connect with more devices.

“The shifted customers expect that any desired information or service is going to be available on any device at their moment of need,” Doyle said. “They judge firms on their ability to deliver.”

Interactions where in-person communication would once have been preferred, such as advisor meetings with clients, are now happening online.

Doyle said consumers turn to digital channels first to research products, and once they’ve made a decision on an investment product, they transact digitally because it’s easier. He added that clients choose to stay in touch through digital channels because it’s better; they would prefer digital documents over paper.

And millennials, by nature, are digitally astute. Andy Rachleff, executive chairman of the automated investment service provider Wealthfront, credits millennials for the birth of his firm.

“There’s an enormous population of clients that is currently not served by the investment management industry, and they are the millennial generation,” Rachleff said in the webinar. “That’s because the average account size for millennials does not meet the required minimum of the existing suppliers.”

Collectively, Rachleff added, the millennial generation has more than $2 trillion of investable assets, expected to grow to $7 trillion over the next five years.

“In total, this generation is likely to have more assets to manage than the baby boomer generation and there are going to be many more of them,” he said.

The thing about millennials is they “have very different interests in what they want from an investment management solution than what their parents want.”

Rachleff said they want something automated, passive and low-cost.

“In other words, they want an automated investment service,” he said.

As ESG investment has gone mainstream, today's digital investors, institutional investors, and corporations alike require ESG data to help them answer questions that range from a company's workforce diversity to its commitment to a net zero future. In this context, brokers and wealth managers can use ESG data to increase client engagement around their portfolios and differentiate their offerings in a very fragmented marketplace.

"We are thrilled to extend our highly scalable and advanced API platform to include ESG Book's real-time sustainability dataset. With the recent SEC announcement of proposals for climate disclosure, the momentum for sustainability data in the U.S. just keeps on building. If you do not offer ESG data and portfolio analytics to your clients today, you will run into growth and retention challenges," said Stéphane Duboi, the CEO of Xignite.

Dr Daniel Klier, CEO of ESG Book, said: "As capital markets transition towards a more sustainable, net-zero future, demand for accessible, comparable and transparent ESG data has never been higher. We are delighted to be partnering with Xignite, a global leader in API solutions, to deliver our real-time ESG data products to clients at both speed and scale through the latest cloud technology."

Xignite is the leading provider of market data API solutions to brokers, wealth managers, and the tech firms who serve them. Xignite has been disrupting the market data industry from Silicon Valley since 2003 when it introduced the first commercial REST API. Today, more than 700 firms use Xignite's APIs more than half a trillion times a month to deliver high-value data to digital investors. Visit xignite.com or follow us on Twitter @xignite.

ESG Book is a global leader in sustainability data and technology. Through a cloud-based platform, ESG Book makes sustainability data more widely available and comparable for all stakeholders, enables companies to be custodians of their own data, provides framework-neutral ESG information in real-time, and promotes transparency. It counts many of the world's leading financial organisations among its clients, which collectively manage over $120 trillion in assets. www.esgbook.com 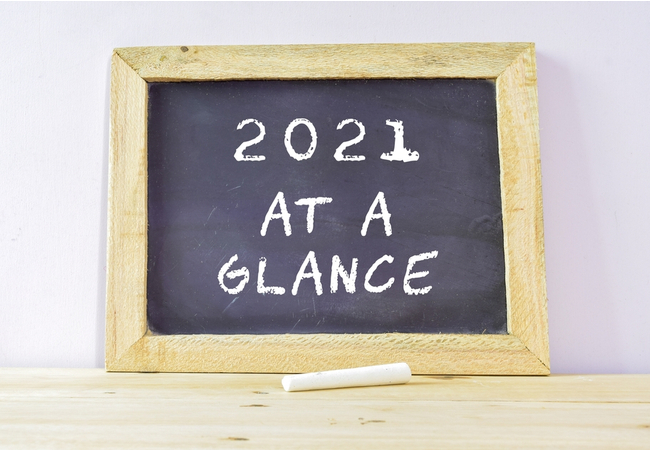 Sales Up 50%. API Volumes Now Exceed Half a Trillion per Month.

Xignite, Inc., the leading provider of market data APIs to brokers and wealth managers, announced that 2021 was a banner year for its business. Xignite experienced more than 50% growth in new client bookings over 2020. Most of this growth was fueled by heavy demand from new brokerage and wealth management applications as more firms entered the business. Xignite also saw a 53% increase in API consumption to a whopping half a trillion requests a month - driven mainly by increased activity from digital investors as they consumed more and more data during the pandemic.

The Digital Investor Revolution was created by the convergence of zero-cost trading, fractional shares, working from home, the pandemic, and the emergence of a new and more powerful generation of retail investors. This has created significant momentum in trading and wealth management, primarily US-based equity and options trading. And it has fueled the entrance of a considerable number of new prominent players in the field, especially embedded finance providers. It all came to light in early 2021 with the Reddit and Gamestop phenomenon. But it has not proven to be short-lived. The transformation could be profound. Indeed Xignite saw its momentum accelerate in Q4-2021, with bookings growth exceeding 310% over the same quarter in 2020.

“Xignite is one of the oldest and most scalable commercial API infrastructures globally. It’s not a surprise that our clients have grown to rely on us for their mission-critical business needs,” says Stephane Dubois, Xignite’s CEO and Founder. “It’s not only the mind-numbing volumes that we have to deal with,” adds Dubois, “It’s also the 4-nine+ level of availability we deliver day in and day out coupled with the awesome market data quality and the high touch responsiveness of our support teams. These metrics matter to large embedded finance firms entering the business or legacy firms migrating to the cloud. They spend tens of millions of dollars entering the business. They don’t want to see it evaporate because of poor data quality or API availability.”

Xignite powers the investing apps and services that enable millions of people to manage their portfolios and trade stocks from a phone or tablet with the industry’s best financial market data APIs. We help more than 700 fintech trading, investment, and analytics firms like Robinhood, SoFi, and Betterment provide digital investors with the market data they need, such as real-time stock prices and company news. Visit xignite.com or follow on Twitter @xignite. 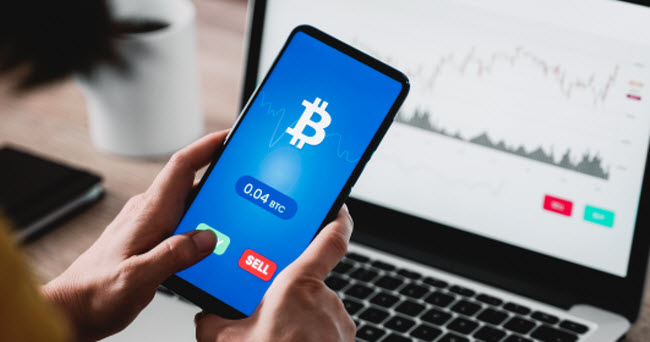 Xignite, Inc., the leading provider of market data APIs to brokers and wealth managers, announced the launch of a new cryptocurrency data API. Xignite’s brokerage, wealth, and media customers can now increase the value and stickiness of their services to digital investors by taking advantage of the depth and breadth of data offered by this API.

Investment in cryptocurrencies has increased dramatically over the last few years and has proven to draw new investors into the world of trading. As a result, brokerage companies are trying hard to make buying, selling, and holding Bitcoin (BTC), Ethereum (ETH), Dogecoin (DOGE), and other cryptocurrencies as easy as possible for their clients. The XigniteCrypto API is the first to bring together a vast universe of cryptocurrency information alongside the equity, ETF, and option data brokers and fund managers need to offer high-quality services to their clients. It also provides the depth of functionality required for them to engage customers and drive trading activity

“Cryptocurrencies tend to operate in their own world,” said Stephane Dubois, CEO, and Founder of Xignite. “This means that if you want to offer integrated equity, option, and crypto trading or analytics for your clients, you are going to have to cobble up a lot of heterogeneous data from many disparate sources, and that’s a pain,” adds Dubois. “With our new crypto API, you get the depth of coverage, the quality, and the reliability across all asset classes you need to grow your business - all in one integrated solution.”

Xignite is the leading provider of market data API solutions to brokers, wealth managers, and the tech firms who serve them. Xignite has been disrupting the market data industry from Silicon Valley since 2003, when it introduced the first commercial REST API. Since then, Xignite has continually taken advantage of new technologies to help its clients grow their business and serve their customers better by using financial market data effectively. Today, more than 700 firms use Xignite’s APIs more than half a trillion times a month to deliver high-value data to digital investors. Visit xignite.com or follow on Twitter @xignite.

Adhering to the complex compliance guidelines required by exchanges is extremely difficult for investment advisers, financial advisers, or order management software providers that need to display real-time or delayed data. Each exchange has its own unique set of regulations and compliance requirements, and clients need to prove that they have control over who receives the data, in what format, and for what use case. Xignite’s Vendor of Record service eliminates the administrative burden of tracking these complex compliance requirements.

The new service utilizes Xignite’s cloud-native Entitlements and Usage Microservices to give firms complete control and transparency of their data consumption and usage. Xignite provides data entitlements, usage tracking, and exchange reporting across various data sets, users, and applications to ensure exchange compliance. Xignite’s new service sometimes eliminates the need to pay expensive redistribution fees. Exchange fees for display data, regardless of the number of users, can cost upwards of $10,000 per month. These high fees are especially difficult for smaller financial firms with just a few real-time data users.

“Maneuvering through the maze of required compliance policies, entitlements, usage tracking, and reporting requirements, and being subjected to frequent audits is no easy feat,” said Vijay Choudhary, Head of Product for Xignite. “Xignite’s mission is to “Make Market Data Easy.” Today’s announcement is another step towards this. We are taking away the administrative burdens and complexity of licensing market data and allowing our clients the freedom to focus on their investment and trading strategies and building innovative products.”

Xignite has been disrupting the financial and market data industry from its Silicon Valley headquarters since 2003 when it introduced the first commercial REST API. Since then, Xignite has continually refined its technology to help Fintech and financial institutions get the most value from their data. Today, more than 700 clients access over 500 cloud-native APIs to build efficient and cost-effective enterprise data management solutions. Visit xignite.com or follow on Twitter @xignite.