The top financial technologists — among them, Bank of America's Catherine Bessant — leverage cloud innovations and agile software techniques to accomplish more, on a larger scale, than ever before. 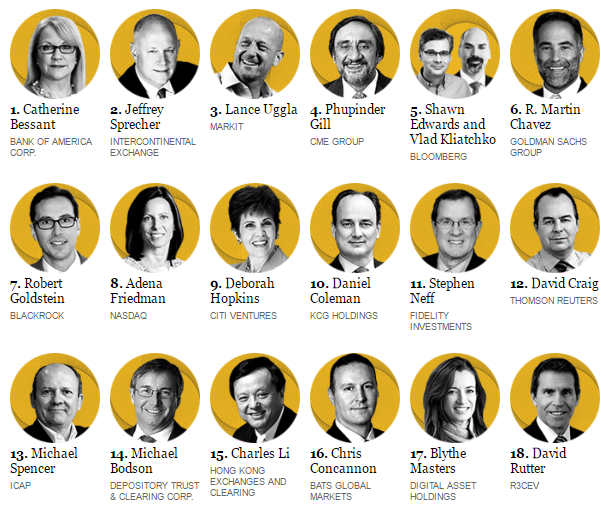 Technologists in the business world set performance goals that may push their skills to the limit, but the benchmarks are simply stated: better, faster and cheaper. Those who excel in the financial services industry – including the executives, innovators and entrepreneurs spotlighted in Institutional Investor‘s
Tech 50 – are better and faster than ever before. They are applying advanced technologies that allow them to accomplish more within budget than ever before and are doing so on a large, often global, scale that has become imperative but was not feasible until recently.

Financial firms are dealing with new regulations, costs and capital pressures, and facing ever-evolving competitive challenges from both familiar peers and disruptive fintech start-ups. Yet the asset managers, banks, exchanges and other entities represented in the Tech 50 are not in retreat when it comes to information technology and innovation. Pushing forward is an operational and strategic necessity, and no less so for compliance and cybersecurity.

There are common themes up and down this 16th annual ranking: agility in software and product development; mobility to accommodate activities increasingly untethered from the traditional desktop; and cloud computing for its ubiquitous availability and immense scalability. 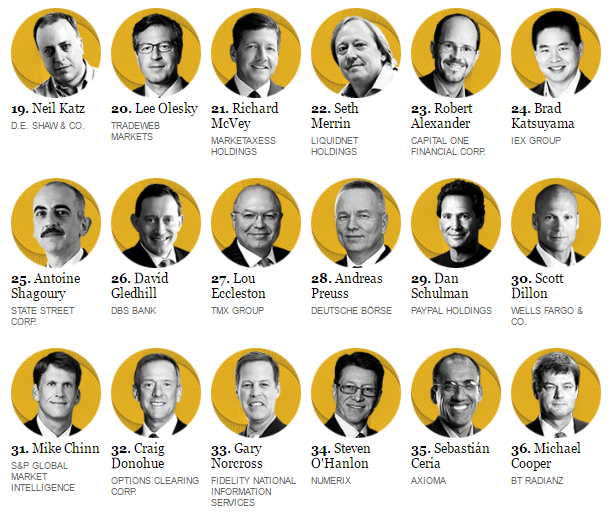 And there are blockchain reactions. Virtually everybody has one, starting at the top with Bank of America Corp. chief operations and technology officer Catherine Bessant. The second woman to be ranked No. 1 (following then-JPMorgan Chase & Co. international president Heidi Miller, in 2010), Bessant sees in the distributed ledger “the power to produce tremendous amounts of innovation.” Given that “the execution of a commercial application has not been at scale,” she says, blockchain remains “a great technology with a lot of potential.”

If anyone can speak to scale, it is Bessant, who has a tech budget of $17 billion and 110,000 employees and contractors worldwide. An indication of BofA’s innovative edge is its industry-leading 259 patents last year.

Success at scale is also evident in the continuously improving top and bottom lines of Intercontinental Exchange and CME Group, led, respectively, by career technologists Jeffrey Sprecher (No. 2) and Phupinder Gill (No. 4); and in the output of chief information officer R. Martin Chavez’s (No. 6) 11,000 engineers at Goldman Sachs Group. Meanwhile, technology sales are growing at BlackRock – COO Robert Goldstein (No. 7) says revenue of the  firm’s Aladdin solutions rose 11 percent last year, to $528 million -  and at Nasdaq, where the order backlog for market technology, a business under COO Adena Friedman (No. 8),increased 10 percent in 2015, to $788 million, as of December 31. 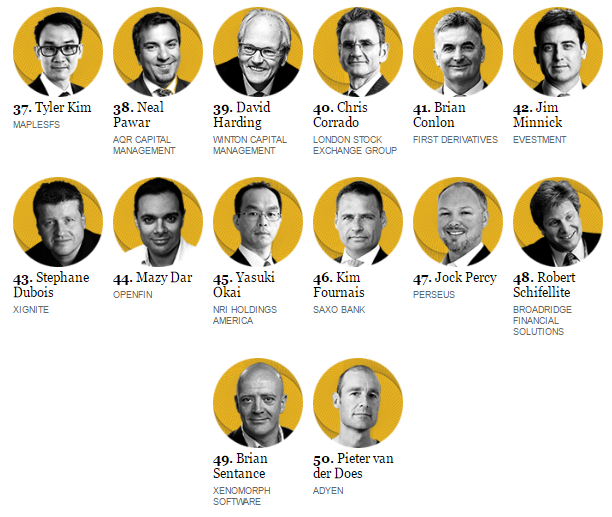 Along with those names are the likes of IHS Markit (Lance  Uggla, No. 3), Bloomberg (Shawn Edwards and Vlad Kliatchko,No. 5), Thomson Reuters (David Craig, No. 12) and S&P Global Market Intelligence (Mike Chinn, No. 31), each in its way pushing the envelope in service to partners and clients.

At the lower end of the spectrum are examples of “niche tech”:  the application programming interfaces of Xignite (Stephane Dubois, No. 43); the HTML5 cross-platform software of OpenFin (Mazy Dar, No. 44); and data management on MongoDB from Xenomorph Software (Brian Sentance, No. 49).

The Tech 50 ranking was compiled by Institutional Investor editors and staff, with nominations and input from industry participants and experts. Four primary sets of attributes were evaluated: achievements and contributions over the course of a career; scope and complexity of responsibilities; influence and leadership inside and outside the organization; and pure technological innovation.

Of the 50 entries, 37 return from last year. The returnees’ 2015 ranks are shown, and the rest are designated “PNR” (previously not ranked).

Xignite, Inc., a provider of market data distribution and management solutions for financial services and technology companies, today revealed the results of its collaboration with Neeva, the world’s first ad-free, private subscription search engine. Neeva has built features to deliver information in a more user-friendly manner to a general audience. One new feature is a stock tracker, enabling users to look at stock prices based on different time intervals and other key data points. The stock tracker is powered by Xignite financial data. Click HERE to download the case study containing the full results.

Neeva’s stock tracker requires significant quantities of high-quality market data to function. The company initially enlisted a legacy data provider but quickly ran into issues with data and API quality. Neeva needed to integrate quickly and required fast and reliable financial data. After a trial and receiving a recommendation from another client, Neeva identified Xignite as a provider capable of delivering large quantities of market data in a comprehensive and developer-friendly manner.

Integration of the Xignite financial data APIs into Neeva’s stock widget took less than two weeks, and Neeva noticed immediate results in terms of breadth, detail, and API quality. Powered by Xignite’s global quotes and global historical APIs. Neeva presents its users with rich and desirable views of key data points for a huge variety of stocks. Users can use a time-based filtration mechanism to drill into metrics like open price, daily highs, and lows, 52-week highs and lows, volume, and market cap.

“Xignite’s vision is to Make Market Data Easy. With our industry leading technology combined with Neeva’s user friendly search engine we have done just that,” said Stephane Dubois, CEO and Founder of Xignite. “We look forward to continuing our work with Neeva as they disrupt the search engine marketplace.”

Xignite has been disrupting the financial and market data industry from its Silicon Valley headquarters since 2006, when it introduced the first commercial REST API. Since then, Xignite has been continually refining its technology to help fintech and financial institutions get the most value from their data. Today, more than 700 clients access over 500 cloud-native APIs and leverage a suite of specialized microservices to build efficient and cost-effective enterprise data management solutions. Visit http://www.xignite.com or follow on Twitter @xignite

Xignite, Inc., a provider of market data distribution and management solutions for financial services and technology companies, announced today it has enhanced the data coverage for its’ interbanks and interest rates APIs in preparation for the required transition from the London Interbank Offered Rate (LIBOR) benchmark interest rate at the end of 2021.

Used in financial products such as adjustable-rate mortgages, consumer loans, credit cards and derivatives, LIBOR has been the world's most widely used benchmark for short-term rates. But after the 2008 financial crisis the U.S. Federal Reserve recommended a new benchmark interest rate to replace the outdated and problematic LIBOR. In the U.S market the new benchmark is Secured Overnight Funding Rate (SOFR), which is based on transactions in the U.S. Treasury repurchase, or repo, market, where banks and investors borrow or lend Treasuries overnight. Other countries are introducing their own local-currency-denominated alternative reference rates for short-term lending.

“Our rates and InterBanks APIs were the first REST APIs ever released to serve the needs of the lending and banking industries. They uniquely aggregate rates that are used by dozens of firms globally in critical business processes,” said Vijay Choudhary, Vice President of Product Management for Xignite “Given the major shift the industry is experiencing regarding reference rates, it was critical for us to support those new rates to give our clients the data they need to run their businesses,” added Choudhary.

Xignite has been disrupting the financial and market data industry from its Silicon Valley headquarters since 2006, when it introduced the first commercial REST API. Since then, Xignite has been continually refining its technology to help fintech and financial institutions get the most value from their data. Today, more than 700 clients access over 500 cloud-native APIs and leverage a suite of specialized microservices to build efficient and cost-effective enterprise data management solutions. Visit http://www.xignite.com or follow on Twitter @xignite.

Xignite, Inc., a provider of cloud-based market data distribution and management solutions for financial services and technology companies, today introduced XigniteGlobalCorporateActions, a new advanced API providing detailed corporate actions data for events such as stock splits, dividends, mergers, and spinoffs. The COVID-19 pandemic has led to a dramatic increase in corporate actions, annual meetings canceled, dividend payouts suspensions, and an accelerated company mergers and acquisitions rate. Knowing when a company plans to offer a split or undertake an acquisition is critical for buy-side and sell-side firms.

Corporate action processing is one of the “last frontiers of pain” for investment management, and one of the most manual and complex parts of back-office operations. The lack of uniformity and standards makes it difficult to identify and interpret information correctly. Obtaining accurate and timely information is challenging, and errors can result in painful financial losses. The XigniteGlobalCorporateActions is the first cloud-based REST API to eliminate the pains and complexity caused by legacy data feed and files. The API provides a single-source data stream with consistent information gathered from more than 190 exchanges and over 30,000 U.S. mutual funds.

The recent split of TSLA and AAPL stock on the same day illustrates the complex and far-reaching impact of corporate actions. If a firm does not do this correctly, it will show on historical charts, and their customers will notice. Xignite’s Data Quality team cross-validates our corporate actions data across sources and proactively detects and fixes any missing information. This prevents missing issues such as the TSLA and AAPL splits.

“The industry is facing a ‘perfect storm’”, says Vijay Choudhary, Vice President of Product Management for Xignite. “On one hand you have a massive wave of corporate actions fueled by the pandemic and the rising markets, and on the other you have millions of new retail investors eyeballing their investment applications all day long. One bad corporate action can send your customer service department into a tailspin,” added Choudhary. Additional detail on the Corporate Actions API endpoints:

GetDistributions - Returns cash and stock dividends as declared by the company for a requested security and date range.

GetDistributionsByExchange - Returns cash and stock dividends as declared by the company for a requested exchange and date.

GetEventSummaries - Provides a high-level overview of events for a requested security and date range.

GetMergers - Returns merger events for a given identifier and date range.

GetSpinoffs - Returns spinoff events for a given identifier and date range.

GetSplits - Returns the stock split history for a security for a specified date range.

GetTakeovers - Returns takeover events for a given identifier and date range.

Xignite has been disrupting the financial and market data industry from its Silicon Valley headquarters since 2006 when it introduced the first commercial REST API. Since then, Xignite has been continually refining its technology to help fintech and financial institutions get the most value from their data. Today, more than 700 clients access over 500 cloud-native APIs and leverage specialized microservices-delivered modules to build efficient and cost-effective enterprise data management solutions. Visit http://www.xignite.com or follow on Twitter @xignite 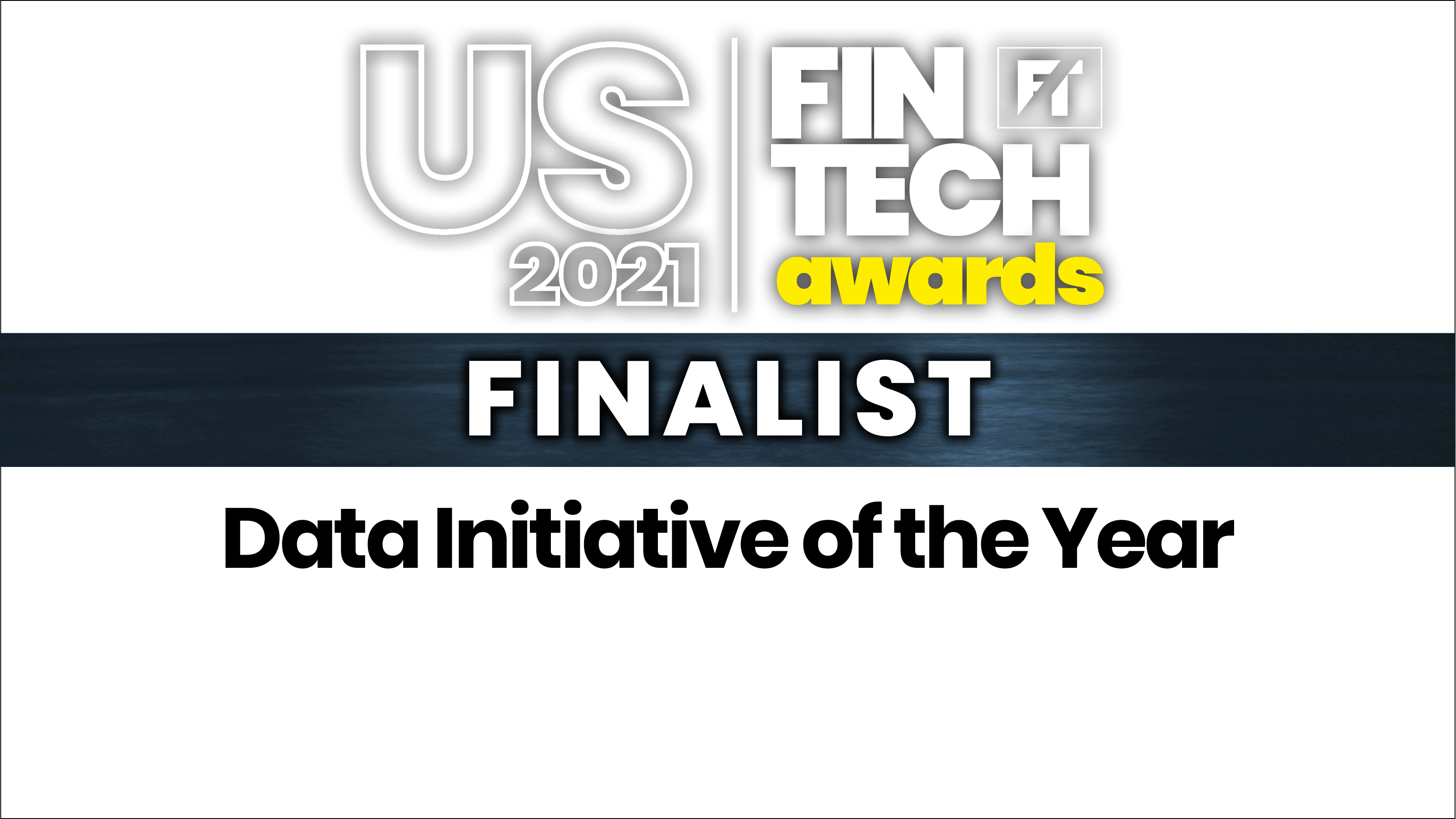 Xignite Wins Data Initiative of the Year #US Fintech Awards