Fintech exits: Could this year mark the technology sectorâ€™s coming of age? 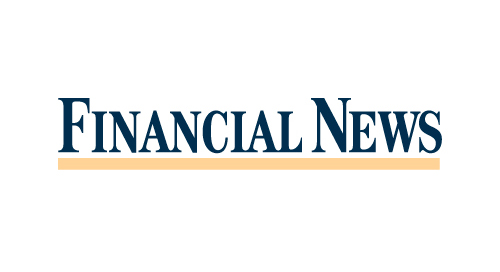 The closely watched deals marked a coming of age of sorts for fintech firms, many of which are still in the earliest phases of life. They also raised the question of what lies ahead for fintech exits in 2015.

While some venture capitalists and fintech firm founders see a small, but swelling pipeline of firms ripe for public exits, others say fintech has a long way to go before it truly comes of age.

Within alternative lending specifically, Harris said the normal ratio of private exits to IPOs was about nine to one. But now, he said: “I think in this category it will be way closer to 50:50. There’s a pipeline that’s small, but super-fast growing.”

Social Finance or SoFi, which refinances student debt, is expected to file for an IPO this year and P2P lending platform Prosper is another closely watched candidate for a float in the coming years, venture capitalists say.

John Locke, a partner at Accel Partners in Silicon Valley, which has invested in small business funding firm CAN Capital, said: “2015 is going to be a big coming-out year for fintech.”

In addition to IPOs, Locke expects to see more M&A from classic financial services firms seeking to acquire the next generation of technology.

Venture capitalists describe a spectrum of fintech firms ready for some form of exit, with payments and alternative lenders looking more developed but wealth management and investment platforms and insurance fintech firms less so.

Harris said: “Payments are in the seventh inning, lending is in the fourth and capital markets and investments are earlier still.”

Venture capital investments in fintech firms reached a new high of $5.3 billion in 328 deals globally last year, according to Dow Jones VentureSource, more than twice the level in 2013.

But fintech is still just a fraction of overall venture capital investment.

Data provider CB Insights, which tracks US-based venture capital rounds, estimates that investments across all sectors reached $47.3 billion in 3,617 deals during 2014, the highest level since 2001. The firm does not break out fintech investments separately. There were 101 venture capital-backed IPOs, up for the third consecutive year, according to CB Insights.

Greg Brogger, founder of online trading site SharesPost, which allows investors to sell stakes in private companies, said: “A lot of successful exits in the last quarter of the year paved the way for a certain amount of enthusiasm going into this year. There seems to be support for those in the public market.” He added, however, that many companies still preferred to stay private, mature further, stabilise earnings and avoid market shocks that could disrupt their valuations.

The increased investment and visibility of fintech firms as they go public has raised the question of how the market and investors think about the companies.

Accel’s Locke said: “Lending Club in many ways is a bellwether for a number of other fintech companies thinking about the public market. Lending Club is being seen as a tech multiple, not a lending multiple or speciality finance multiple and rightly so.”

Not all analysts have been bullish on the prospects for publicly traded P2P businesses. Sterne Agee analyst Henry Coffee wrote in a note about OnDeck this month: “In some ways, the rapidly growing marketplace lending and P2P business reminds us of the US prepaid card business five years ago.” He was referring to two companies that saw growth slow after regulatory scrutiny ramped up.

Amber Dolman, a partner in law firm Goodwin Procter’s financial institutions group, said: “You’ve got all the same pressures of a technology company – high, high growth but not necessarily a proven history of profitability. But when you start dealing with fintech you get the regulatory overlay.”

Scott Raney, a partner at Redpoint Ventures, said advisory was another area that held promise but where there were still questions. Companies such as Acorns, which helps save small amounts of money, and personal finance firm Personal Capital, are examples of firms on the rise in this sector.

Raney said: “They’re scaling [assets under management], they’ve had some very successful financings and are on nice trajectories, but there are still some questions left unanswered. Their models are based on AUM and they need a lot of accounts. How do you scale the acquisition of and managing those accounts?”

Looking at the roster of advisers on the three fintech IPOs in the third quarter, traditional investment banks, including Morgan Stanley, Goldman Sachs, Credit Suisse, Citi, and Bank of America Merrill Lynch are among the bookrunners.

But several fintech specialists say the decision to pursue a private versus public exit is largely driven by venture capital firms.

Dolman at Goodwin Procter said: “Before they listen to bankers, they’re listening to their investors and boards. The biases of a strategic investor on the board or private equity or venture capital fund is really going to guide the process as to whether or not the company is focused on an IPO or merger.”

Ex-bankers including former Citi banker Hans Morris, former Citi chief Vikram Pandit and former Morgan Stanley chief executive John Mack are among the advisers that are increasingly active in advising on investment in the sector and investing in fintech firms.

Stephane Dubois, chief executive of financial data firm Xignite, said fintech as a whole still had growing up to do before the market saw a spate of public exits.

Xignite, Inc., a provider of cloud-based market data distribution and management solutions for financial services and technology companies, today announced that its Market Data Management-as-a-Service solution has been named “Best New Technology Introduced over the last 12 months – Infrastructure” at the 2020 WatersTechnology American Financial Technology Awards (AFTAs). Selected by the editors of WatersTechnology, the AFTAs recognize excellence in the deployment and management of financial technology within the asset management and investment banking communities.

Xignite’s Market Data Management-as-a-Service (MDMaaS) solution enables buy- and sell-side firms to centralize the management of vendor data feeds into their own cloud environment. The solution is built around the cloud microservice-based architecture and technology stack Xignite has been refining and scaling for more than 10 years. Xignite’s technology platform has been the backbone of the company’s Data-as-a-Service business, daily supporting 12 billion API requests of financial data for their 700 fintech and financial services clients. Now Xignite is leveraging this battle-tested cloud-native data management architecture to offer buy- and sell-side firms a market data vendor agnostic offering, with connectors available for firms to load data they license from Bloomberg, Refinitiv, ICE and numerous other providers.

The functionality is delivered via microservices, an architectural approach in which core functionality is handled by loosely coupled, independently deployable modules that can work together or separately. Microservices architecture stands in stark contrast with monolithic platforms that require expensive on-premise technology – that is especially hard to maintain in the context of a pandemic.

Xignite Entitlements and Usage - Manage the entitlement of vendor data to users and applications to ensure compliance and eliminate excess spend.

“Xignite has pioneered market data in the cloud for more than 10 years now, so we are very excited to announce – and be recognized for – our Market Data Management-as-a-Service solution,” said Stephane Dubois, CEO, and founder of Xignite. “The pandemic has reinforced the need for financial services firms to migrate to the cloud as a means of navigating disruption and enabling scalability, among other benefits. We are proud to spearhead that effort and help the industry modernize its approach to financial and market data.”

Xignite has been disrupting the financial and market data industry from its Silicon Valley headquarters since 2006 when it introduced the first commercial REST API. Since then, Xignite has been continually refining its technology to help fintech and financial institutions get the most value from their data via its Data-as-a-Service and Market Data Management-as-a-Service solutions. Today, more than 700 clients access over 500 cloud-native APIs and leverage a suite of specialized microservices to build efficient and cost-effective enterprise data management solutions. Visit http://www.xignite.com or follow on Twitter @xignite