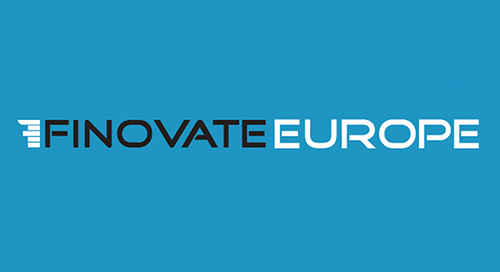 Once the pulsating heart of London commerce and home to the world’s largest fish market, the halls of Old Billingsgate market were humming with the sound of industry again last month as merchants of the fintech world descended on the venue for FinovateEurope 2015.

While the seafood trade has long since been pushed to the periphery, financial technology innovation is becoming one of the Capital’s new business cornerstones. Interest in technology solutions for consumer-facing banks, corporate entities, hedge funds, exchanges and beyond have surged in recent years.

Capital pouring into the global fintech community more than tripled in the last six years, from under
$930m invested in 2008 to over $2.97bn in 2013. The UK and Ireland has well-established itself as the hub of operations in Europe. In 2013, the area accounted for over 50% of deals made and almost 70% of financing across the continent ($265m).

As crowds gathered in the iconic 19th century building for the opening salvo of the two-day conference, participants prepped their pitches and tested their slides, all hoping to instigate the latest round of deals and investments in European fintech.

Started in San Francisco in 2007, Finovate has provided a stage for some major successes over the
years with past presenters including the likes of Betterment, Lending Club, Nutmeg and TransferWise.

Aiming “to highlight cutting edge fintech ideas from hot young start-ups and established industry leaders”, there was a real mix of companies in attendance as demonstrations ranged from mobile payments and bitcoin credit cards, to the latest in security authentication and fund reconciliation tools.

FinovateEurope first took place in London in 2011 and is now a key date in the financial technology
calendar. There was more than 1,250 people in attendance at this year’s event.
Seventy-two firms took to the stage in the market hall, each having seven minutes to demonstrate their innovation, with no video footage allowed. The only aids permitted were image slideshows or links to mobile applications.

HFMTechnology was in the audience to cast its eye over the latest industry creations.
Here are five Finovate finds which could be of benefit to the hedge fund sector and a round-up of the day’s other stellar performers.

Xignite
The established market data API firm, which already counts 40 Finovate alumni companies as customers, unveiled a product offering from its recent partnership with FactSet. Xignite’s cloud platform allows access to data from 40 different international markets and over 200
exchanges. It also claims to be able to “integrate APIs into an application real-time in under two minutes”.

Described by Travis Okamoto during the demonstration as “much like shopping on Amazon”, the new release lets firms find historical financials, fundamentals, earnings and other data and it is the first time such information is available through REST APIs.

“The XigniteFactsetFundamentals API provides access to historical financial data and fundamentals for over 70,000 equities in North America, Latin America, EMEA and Asia-Pacific,” CEO Stephane Dubois told HFMTechnology. “This API is critical to any financial institution or hedge fund whose strategy depends heavily on fundamental analysis given its robust offering of accurate stock and company fundamental data that is gathered and cross-checked by FactSet Research Systems.”

Also unveiled was Xignite Super Quotes, designed to “help customers save money on exchange fees”. It allows firms to test API outputs, is compatible with XML, CSV and JSON and can also be customisable to specific data outputs.