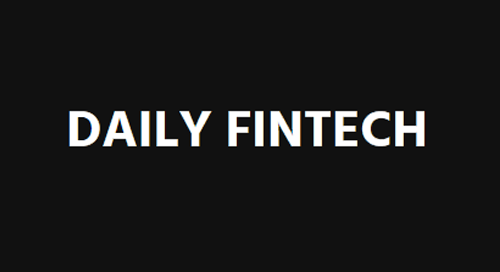 Is an Open API much like an 24/7 Open house? Maybe it is in some ways but it can also be gated. I actually like to think of Open APIs, as Private, Open for Distribution, Open for Business.

Pardon my thinking in progress as I watch and monitor the versioning, pivoting, and roles of APIs. It is actually in many ways, similar to the versioning we have been witnessing with Blockchains (private or not, immutable or not, etc).

Private APIs are by invitation only. Think of linking to a Bank’s functionalities such as basic account data, or payment initiation. Private APIs are being used by banks in B2B experiments, and less for running their businesses. Hackathons, accelerators, and bank sponsored developer portals, are such examples. A very recent example of such private API, is the dbAPI, Deutsche bank’s API which “opened” up on Nov.1. The first hackathon (open house but gated party) in Berlin was three-day competition with 750 applicants and 70 participants from 22 countries. More details on the winners which show the kind of Fintech ideas incubated, in Deutsche Bank opens its data store to external software developers. Another example also launched this month is the “opening up” of APIs from the Mastercard Labs, that will allow experiments with the private Mastercard blockchain. More details about that private party in Mastercard Wants Developers To Experiment With Blockchain.

I have to also refer to Capital One’s US Open banking platform, because it is on the programmable web and offers 3 open APIs, but is actually for developer experimentation (see DevExchange: An Open Banking Developer Platform).

From Asia I mention the recent Open Bank Project & JB Financial Group Launch Global FinTech Hackathon in South Korea, another hackathon via APIs from the Korean market. I will stop with these three examples and suggest checking out the Let’s build a list of Banking APIsconversation on the Fintech Genome, for more.

An example of a private API actually used in business is by BNY Mellon, the custodian of $30 trillion of assets! Private APIs are used in the daily reconciliation service they offer to their pension fund clients who invest in 200 different asset managers. This daily function has been transformed from one in which files were exchanged to one that is delivered through APIs.

Open APIs for access to a bank’s distribution channels, is the second category. Banks have been distributing third party products in old-fashioned ways, through their own distribution channels for a long time. Traditional examples, range from offering funds of other institutions as investment options to clients, to payment services of cards or telco providers.

Xignite’s U.S. Mutual Funds and ETF Fundamental Data API is an example of such API, acting as a connector.

However, banks have been owning the customer and running their businesses like a fortress. They have been witnessing the growth of businesses like Paypal and Klarna (the alternative payment providers, the free-floating credit card alternatives) who are acting as distributors in the payment industry.

Within PSD2, the European regulatory enabler, banks can become third party providers themselves. They can tap into other banks and offer them initiation of payments or account aggregation. Such services would be especially valuable for mobile citizens and cross-border transactions. Open APIs for distribution of 3rd party products or for playing the role of a 3rd party provider, is an area of growth in which banks haven’t been proactive.

In Singapore, MAS is inviting banks to list their APIs on a regular basis and is also is developing itself APIs that will be used for regulatory reporting purposes to simplify the process.

For now, it is mostly Fintechs that are using the API technology and getting ready for the PSD2 or any other type of standard that gains market-wide traction (for America and Asia). OpenF2 is an initiative that aims to standardize the framework necessary for creating value via the API technology.

An example is the Australian Fintech, Simply Wall St. (visuals and infographics for fundamental stock analysis) who has built its API in a compliant way with Open F2.

Imagine a platform that facilitates others to engage in business. This a platform (as a business model) that allows peer-to-peer business transactions. This would be a true Banking Platform. An entity that does have a banking license but doesn’t have to create the financial products and doesn’t have to own the customer (i.e. access to the distribution channel) This true Banking platform facilitates third parties and their customers to do business (without using the bank’s balance sheet).

This is the kind of business that Fidor Bank or Solaris Bank, are building. This is the kind of business that Ipagoo is creating by offering a special international current account. This allows clients (individuals or businesses) to obtain a credit card from any European country of choice, a loan from any bank etc. See details of the comparison of Ipagoo vs. traditional banks.

Open APIs are the connectors of all these modular businesses. Kontomatik is a 3rd party provider in this space, that could enable for example, banks to improve credit scoring of prospect borrowers by accessing customer related data via other bank APIs. Kontomatik is part of the Kreditech group that is focused on serving the underbanked, by leveraging alternative data with machine learning (more in Kreditech and the next generation of Consumer Banking).

For now, banks are either not opening up such APIs (not being proactive ahead of PSD2) or offering low quality APIs (i.e. connectors that have bugs and are not well maintained). The adaptation of these connectors, APIs, especially in the “For business” role is nascent.